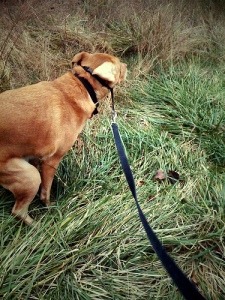 Midland-based Dow Chemical has launched a contest for students, based on sustainable home design.

The Dow Solar Design to Zero Competition challenges students to use solar and other sustainable technologies to design three connected dwellings that use as little energy as possible.

The challenge is open to design, architecture and engineering students from around the world.

Registration runs through Sept. 25. Final housing designs must be submitted by Oct. 31.

The contest offers first, second and third prizes of $20,000-$5,000. Winners are to be announced in January 2012. Individual students or student teams can enter.

DTE Energy has signed a contract to purchase 120 megawatts of power from a wind farm located in Tuscola, Bay and Saginaw counties.

DTE will purchase all of the energy produced at the 9,000-acre wind farm, which is enough to power more than 30,000 homes. The wind farm , planned by NextEra Energy, is expected to be operational in late 2012.

DTE also has hired a Southfield company to build three additional wind farms in Huron and Sanilac counties next year. Up to 70 turbines are to be installed, with a total capacity of about 110 megawatts. Initial delivery of the wind turbines is expected in the summer of 2012.

Together, the two projects are expected to result in hundreds of new construction jobs and tens of millions of dollars in new tax money for local governments.

The air in Michigan and other Great Lakes’ states is being fouled by … dog poop.

That’s according to a study that was highlighted recently by Great Lakes Echo.

The University of Colorado-Boulder study found that the winter air in Cleveland and Detroit had large amounts of bacteria that most likely came from dog feces.

High levels of bacteria common to dog feces were found in all four cities. But the levels in Detroit and Cleveland spiked dramatically in the winter.

Why? Well, one theory is that dog owners just don’t scoop the poop as often in the winter.

The difference in the fecal bacteria levels by city also may be explained by the number of dogs who live there. The study says Detroit has a problem with stray dogs. Airborne bacteria can cause disease and trigger asthma and seasonal allergies.